Floris Schäfer is a Dutch film maker, artist and photographer. As a film maker, he has a great interest in creating concepts, storytelling, camera technique and directing. In 2003 he went to the Gerrit Rietveld Art Academy. After one year, he moved from Amsterdam to The Hague, where he finished his study at the Royal Academy of Fine Arts (KABK) in 2008. During this time he worked as a fashion photographer and later ended up in the film business. Ever since then he has been selling his soul to commercial and non-commercial film projects. 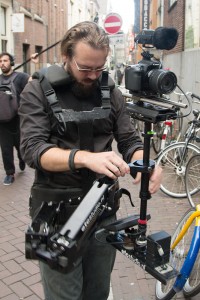